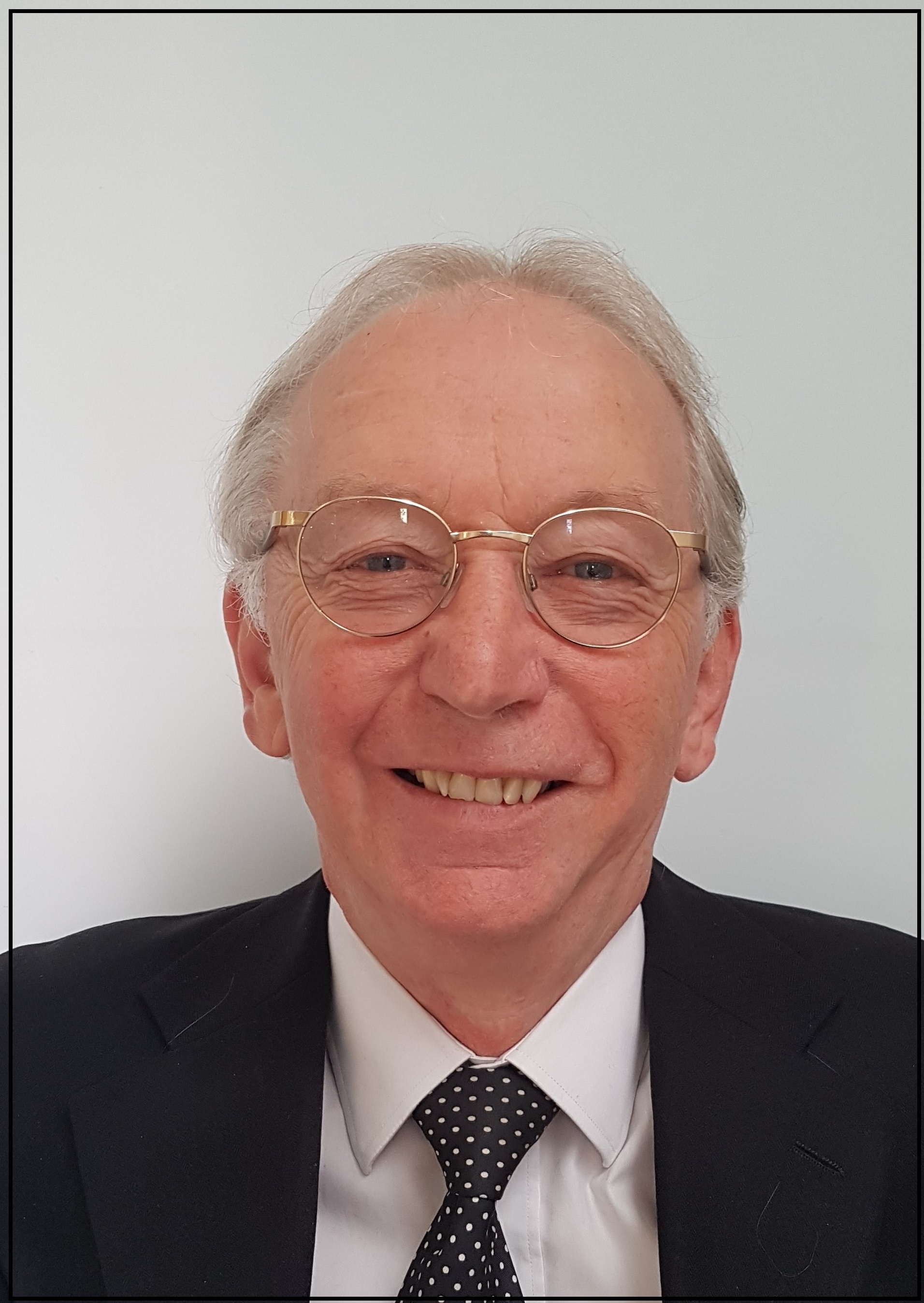 I was born in Bristol so am very able to add ‘l’s to any words ending in a vowel. I was educated at Filton High School and the University of Manchester where I read Architecture. After qualifying, I joined a large international practice and was involved in major developments in the U.K. and overseas. I ran my own successful practice for fifteen years in Bristol before being head-hunted into the Department of Health to work on long-term policy decisions for Healthcare estate. After retirement from the Civil Service I ran my own consultancy advising Health Trusts on strategic estate planning.

I was initiated in The Beaufort Lodge No. 103 in Bristol in 1991 and became its Worshipful Master in 1996 and have held the offices of Treasurer, Secretary and Director of Ceremonies. Appointed Provincial Grand Registrar in 2002 and then promoted to active Provincial Junior Grand Warden in 2008 before taking on the onerous role of Provincial Grand Secretary from 2012 to 2017. Grand Rank came in 2015 with appointment as Past Assistant Grand Director of Ceremonies.

I am a member of many other degrees and orders in Bristol and neighbouring Provinces.

I am also a member of the Utrique Fidelis Lodge of Mark Grand Officers No. 1836 in Monmouthshire and the Grand Master’s Mark and RAM lodges in London.

Brilliantly supported by my wife Penny, I have five children and nine grandchildren. Masonry is a great relief some days as I’m sure that you can imagine!

I have a great love of Masonic ritual and find the process of learning new ritual of great benefit to an aging brain! 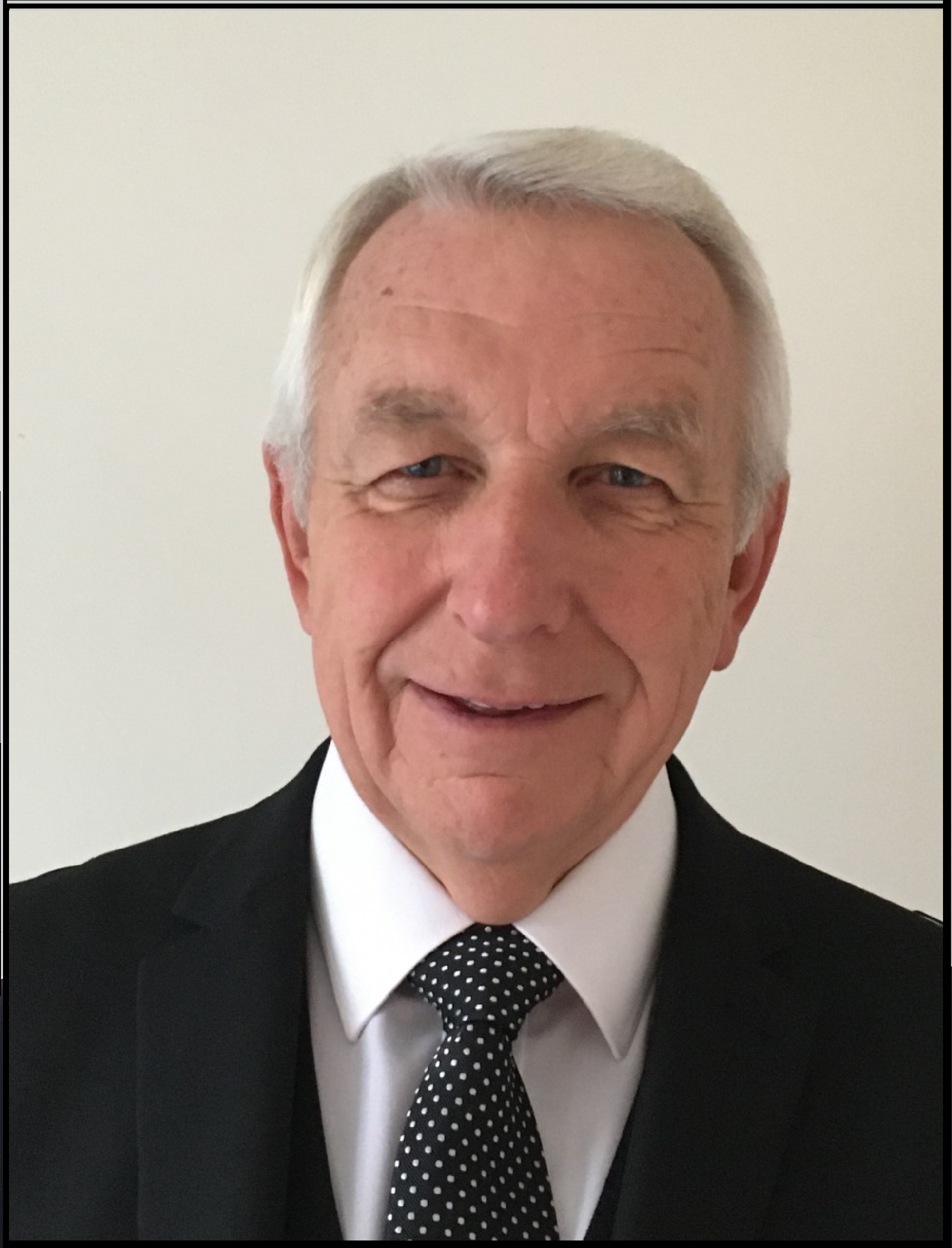 I am also a member of the Utrique Fidelis Lodge of Mark Grand Officers No. 1836.

I am married to Gay (Gabrielle) we have a son Andrew and daughter Victoria, both are married. We have three grandchildren, at the time of writing this, the eldest being 2years 10 months and the youngest being just 4 months old! 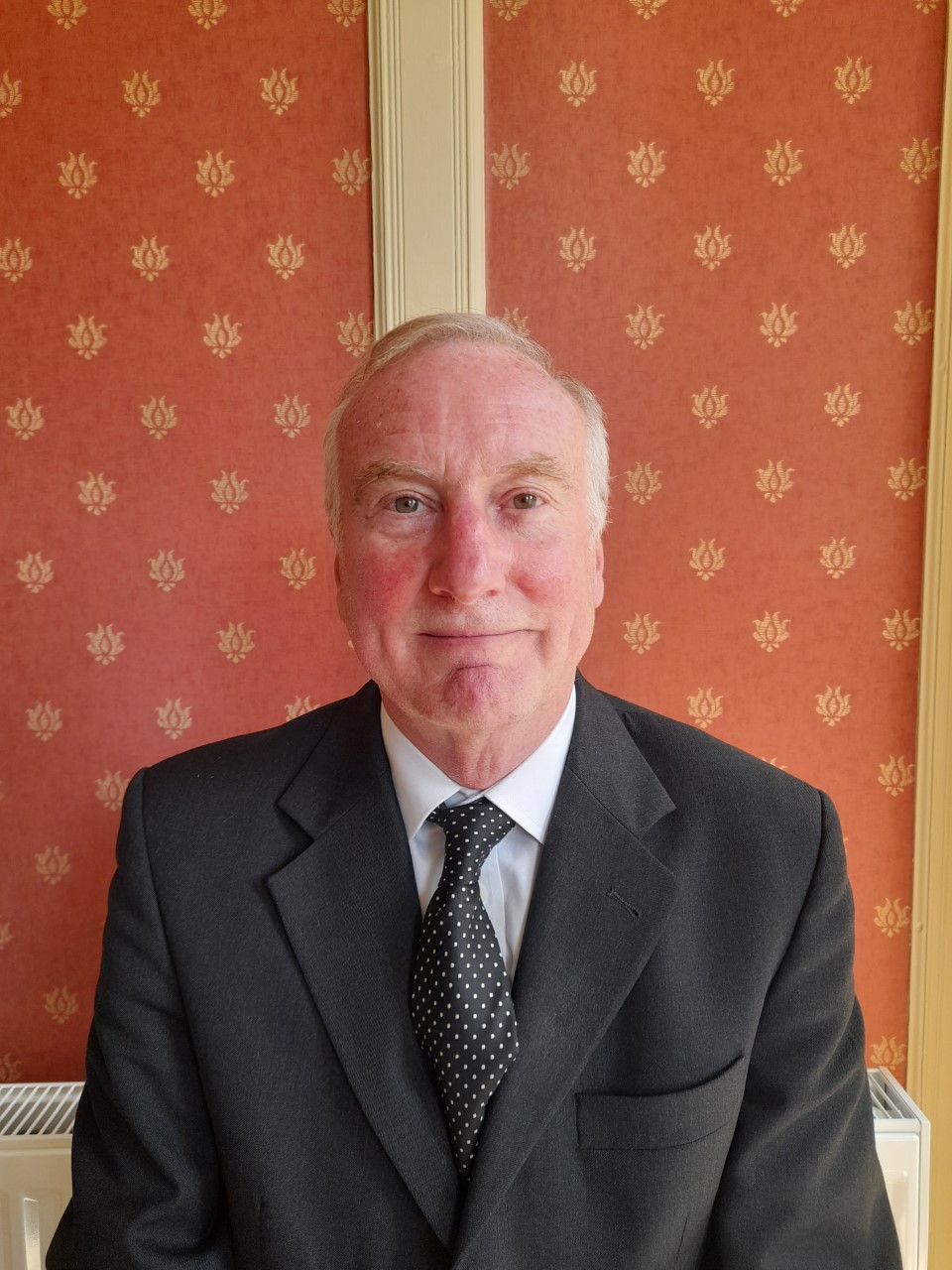 I grew up in London and Hampshire, and my first experience of Bristol was attending the University to do a degree in Economics and Politics.

My main career was in banking, with Midland Bank (subsequently HSBC). This took me to various parts of the country but I was delighted that this eventually brought me back to Bristol.

Once I had settled, I was able to take up the family tradition of Masonry which had long been of interest to me.

I was initiated into Castle Lodge in 1995 and held every progressive office until reaching the Chair in 2002. I had further years as Worshipful Master in 2004 and 2013 but otherwise have acted as treasurer ever since.

I was exalted into Beaufort Chapter in 1997 and became First Principal in 2006. Perhaps unsurprisingly, I have been treasurer of the Chapter for many years subsequently.

My entry into Mark Masonry was relatively late, being advanced into the Ernest Dunscombe Lodge in 2007, becoming Master in 2014 and then joining Harris Lodge of Royal Ark Mariners in the following year.

In other Orders, I enjoyed being Most Wise Sovereign of Cadbury Camp Chapter and am currently much involved with the Premier West of England Council of Royal and Select Masters.

Outside Masonry, I have acted as a volunteer for the National Trust and the Prince's Trust, and hobbies include badminton, opera and long distance walking. 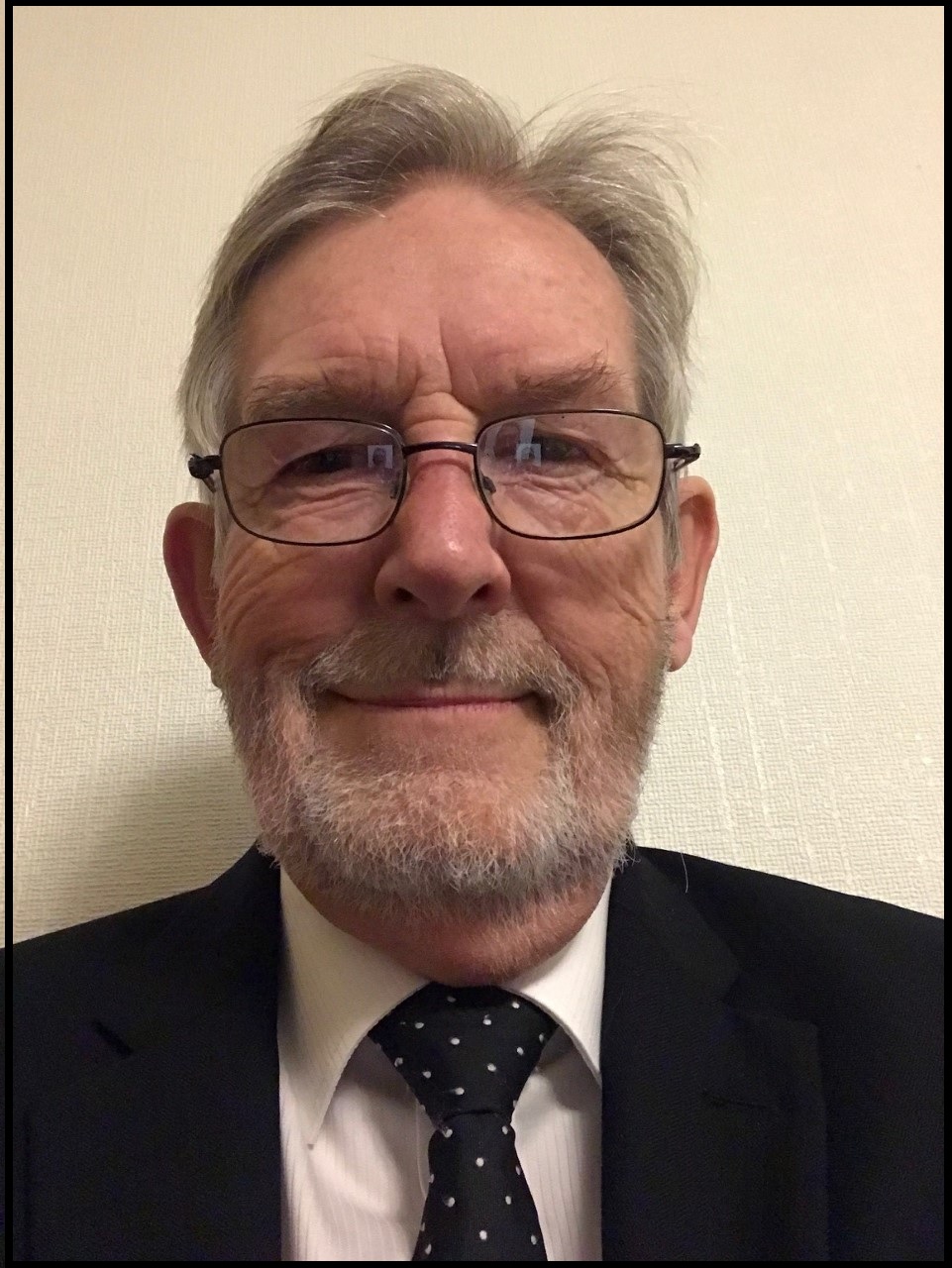 I was appointed as Provincial Deputy Grand Director of Ceremonies in 2006 and promoted to Past Prov.G.Scribe Nehemiah in 2014.

I have been an active Officer of the Provincial Priory of Bristol since 2014.

None of my Masonry would have been possible without the support of Jax (Jackie), my wife of 40+ years. We’ve been adopted by 4 cats and countless goldfish, but children never came our way – meaning we indulged in travel, wildlife and natural history. We have a large garden and an allotment with a members’ association, of which I am Secretary.

Spare time seems to be in short supply! 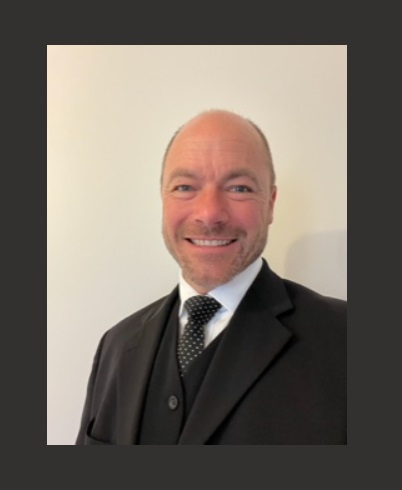 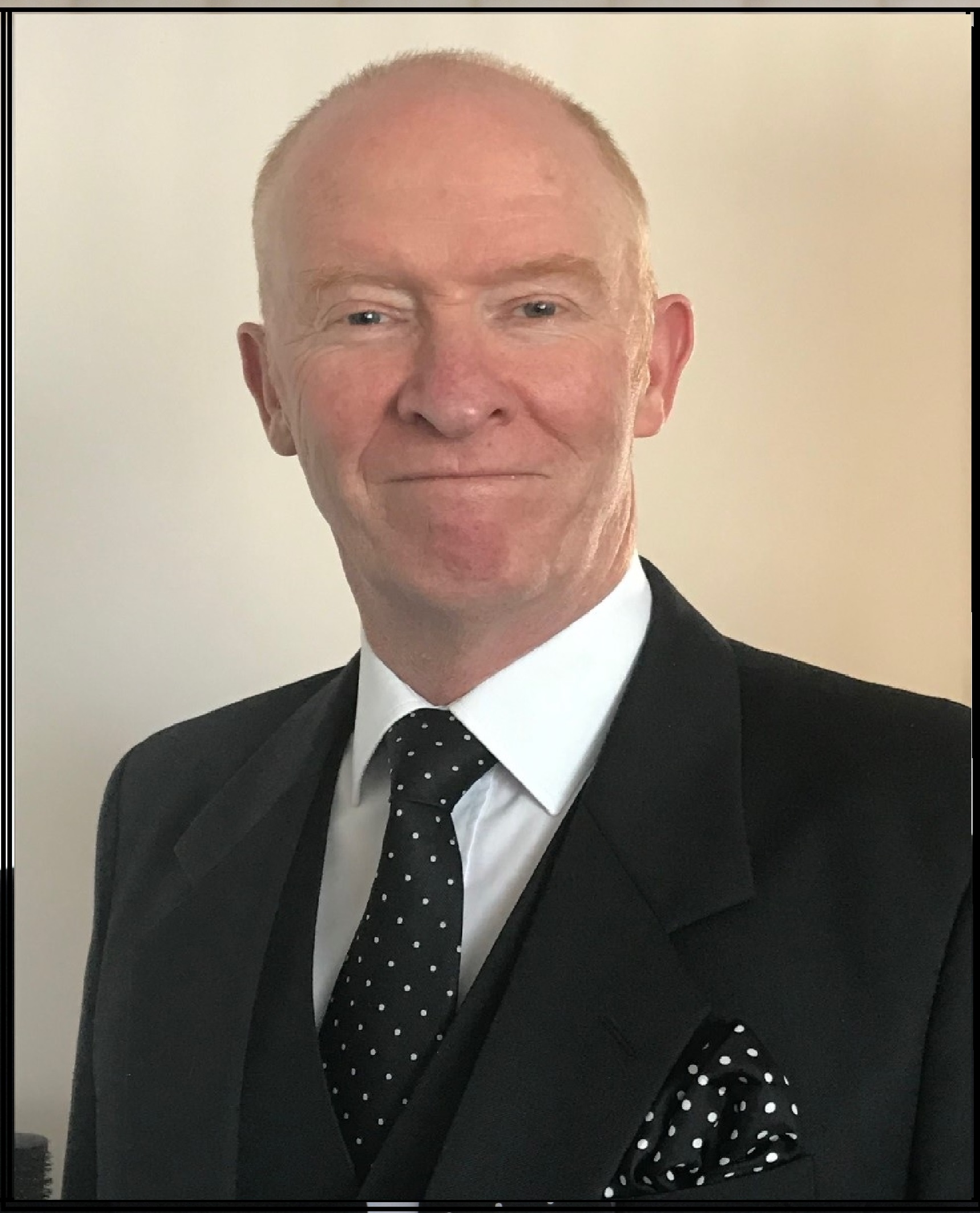 As a proud Bristolian and a lover of the Mark degree, I am delighted to hold the office of Provincial Grand Director of Ceremonies for the Mark Province of Bristol.

I live in North Bristol and have been married for 36 years to the long suffering Pam, who has supported me every step of the way in my Masonic journey. I have 2 grown up children, one in London and one still very much at home.

Work has been in the HR and learning profession for the last 30+ years and am a Chartered Member of the Institute of Personnel and Development. I am currently trying to retire for the third time from my role with Imperial Brands in Bristol. I started my career as an engineer at Rolls- Royce in Bristol, but soon realised that I was better working with people rather than aircraft engines. Outside of work I referee adult football in the Bristol area, having had to retire playing at the still youthful age 48 after 32 years of bad tackles and awful pitches. I play golf enthusiastically and sometimes successfully at Chipping Sodbury golf club, and love warm pubs, red wine and cloudy cider. Recent distractions also include singing in a rock choir and playing the Ukulele.

Masonically, my journey started in 1984 when my father told me I would be joining him as his 1st candidate as Worshipful Master of St Nicholas lodge (4561). 13 years later I proudly took the chair and had the honour of being in office for 2 years. I was the Lodge DC for 9 years and now hold the dual offices of Organist and Mentor.

I am a founder member of the Sportsmen’s Lodge (9841) in Bristol and in other orders, I am moving through the offices in the Sportsmen’s Chapter ( 9841) in the Royal Arch ( I had a bit of a false start!) and have recently joined the Camp of Baldwin.

The Mark Degree is a particular focus for me and is the order that has given me the most challenges and the greatest pleasure. I am a past master and currently DC of the Dunckerley Mark Lodge (630), a member of the Bristol Installed Mark Masters Lodge (1717) and current Worshipful Commander of the Dunckerley Lodge of Royal Ark Mariners (630) I was particularly honoured to hold the office of Grand Steward in 2015 and promoted to Past Grand Junior Deacon in 2018.

I am a member of the Provincial Directors of Ceremonies Lodge in the Province of Worcestershire (1813) and the Mark Grand Stewards lodge meeting in Mark Masons Hall, London.

I look forward to enjoying my Mark Masonry for many years to come, and to serving the Province in any way I can. 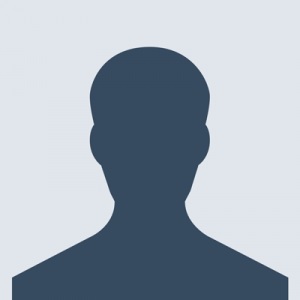 I started my career as any schoolboy’s dream in the early '50s, as a locomotive fireman, with British Rail (GWR) firing ‘Kings’ and ‘Castles’.

In 1958 I joined the Grenadiers Guards for National Service and ended up as a Sergeant.

I am a member of two Chapters and have been 1st Principle on two occasions in1990 and 2004.

I am a Founder Member of two Royal Orders.

I have been the WM of Goodwin Mark Lodge and Worshipful Commander of my Harris Lodge of Royal Ark Mariners.

I am also a member of two Rose Croix Chapters and a Past Most Wise Sovereign.

I am a member of two Knights Templar, one of which I am a Founder Member and Past Preceptory in both.

I am also a past High Priest in the Knight Templar Priests order,

I have a BA degree also a degree in Teaching

I was also a member of Bristol Savages for nearly 30 years and I have been a Cotswold Warden for 20 years.

I have two children and 4 Grandchildren 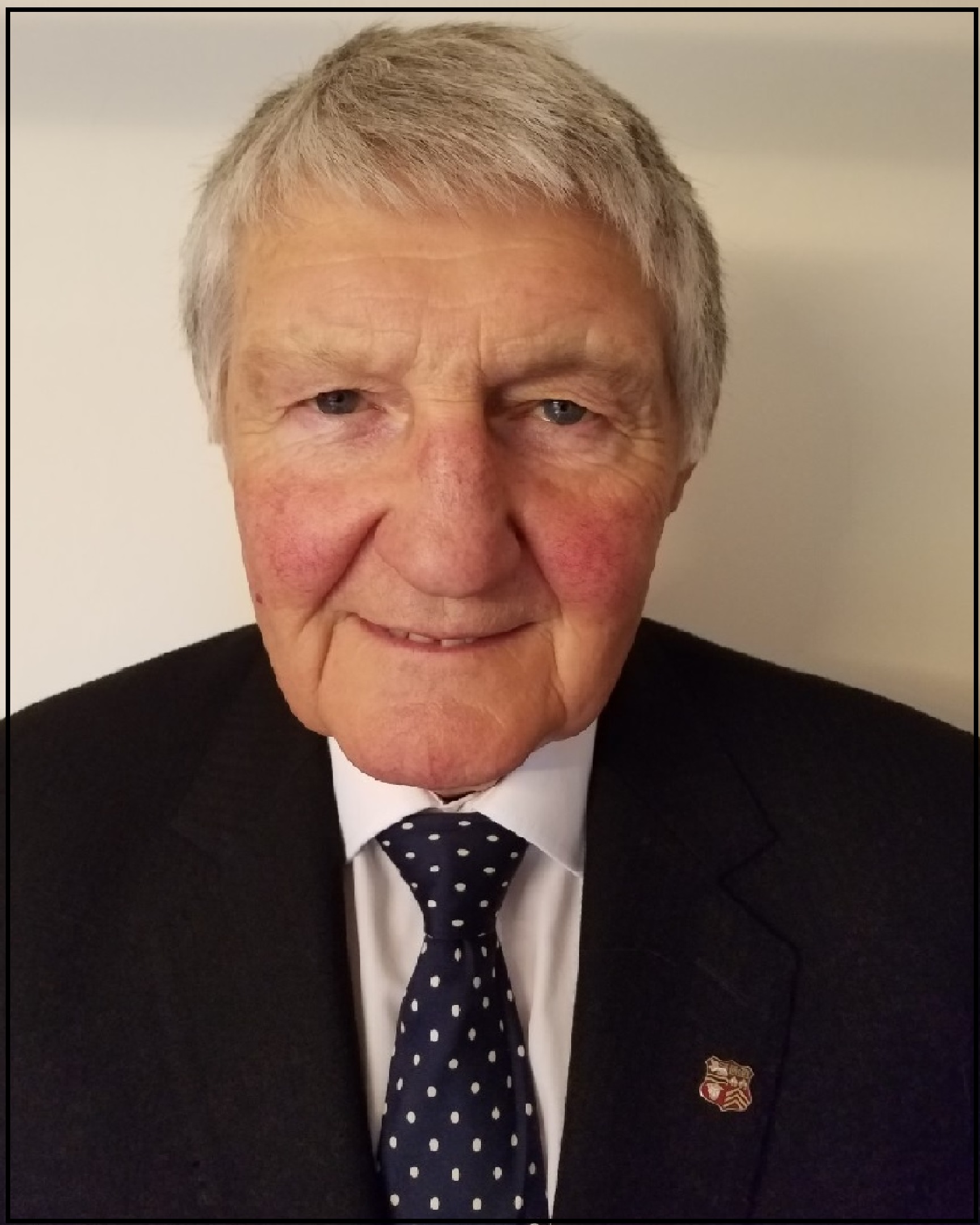 I received the PPrAGReg Rank in 2004. I became a regular visitor to the Moira Lodge of Honour 326 as an Entered Apprentice in early 1994. I resigned from The Lodge of Amity in 2005.

I became a Joining member of the Royal Lodge of Faith and Friendship 270 in the Province of Gloucestershire in 2004 and was Installed in January 2013. I received the PPrGJD rank in 2018.

I was Advanced into the Ernest Dunscombe Mark Lodge on the 14th January 2002 and Installed in 2011 and 2017. I was appointed PrGSD in 2013, and PrGMO in 2019 and am the current Provincial Grand Charity Steward. In 2020, as part of the Grand Masters Special Awards I recieved the first appointment to grand rank as Past Grand Standard Bearer.

I thankfully have been married to Jenni for the past 46 years, have a daughter Katie who has two boys and a son Ben, both are married and live in Cornwall.

I am a keen cyclist, walker of two very energetic Cocker Spaniels and collector of Logs from my neighbours’ farm. We have a large garden, and my job is to cut down everything my gardening wife deems no longer required.